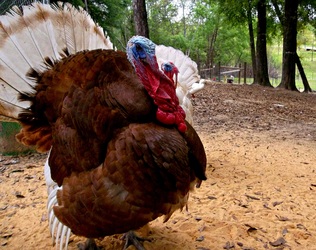 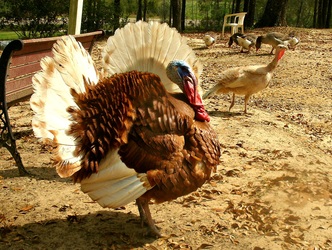 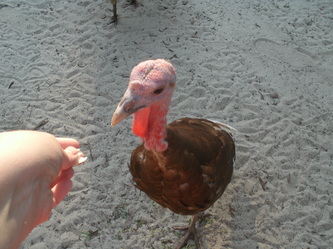 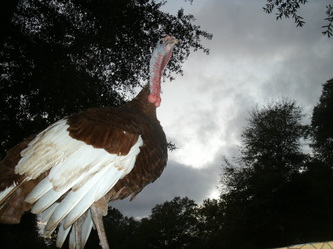 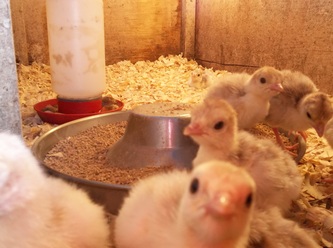 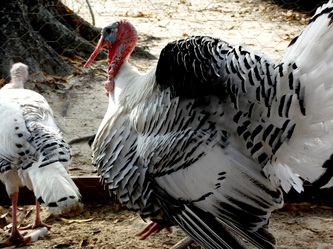 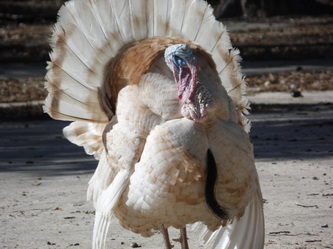 I currently have several adult turkeys: a Bourbon Red tom (named Jim Bob), two Royal Palm x Bourbon Reds (named Snoody and Pattycake), as well as a trio of Royal Palms.
Royal Palms
The only turkey breed not heavily selected for meat production. Standard weights are: young toms 16lbs and young hens 10lbs. This variety was developed along ornamental lines. Palms can be high strung, but are great foragers and strikingly attractive. The Royal Palm color pattern first appeared in a mixed flock on a farm in Florida during the 1920s. Royal Palms are listed on the ALBC's watch list.
Auburns
An old variety that is listed in receipts from transporting turkeys to markets in "turkey trots" during the late 1700s and early 1800s in Philadelphia. Toms typically weigh 35 lbs, while hens average 19 lbs. Even though they're a strikingly beautiful breed with their brownish-red plumage, Auburns never managed to reach the popularity of some of the other varieties of turkey. Since those early days of the breed, any popularity they did obtain has declined considerably until they are very near extinction. More breeders are seriously needed. 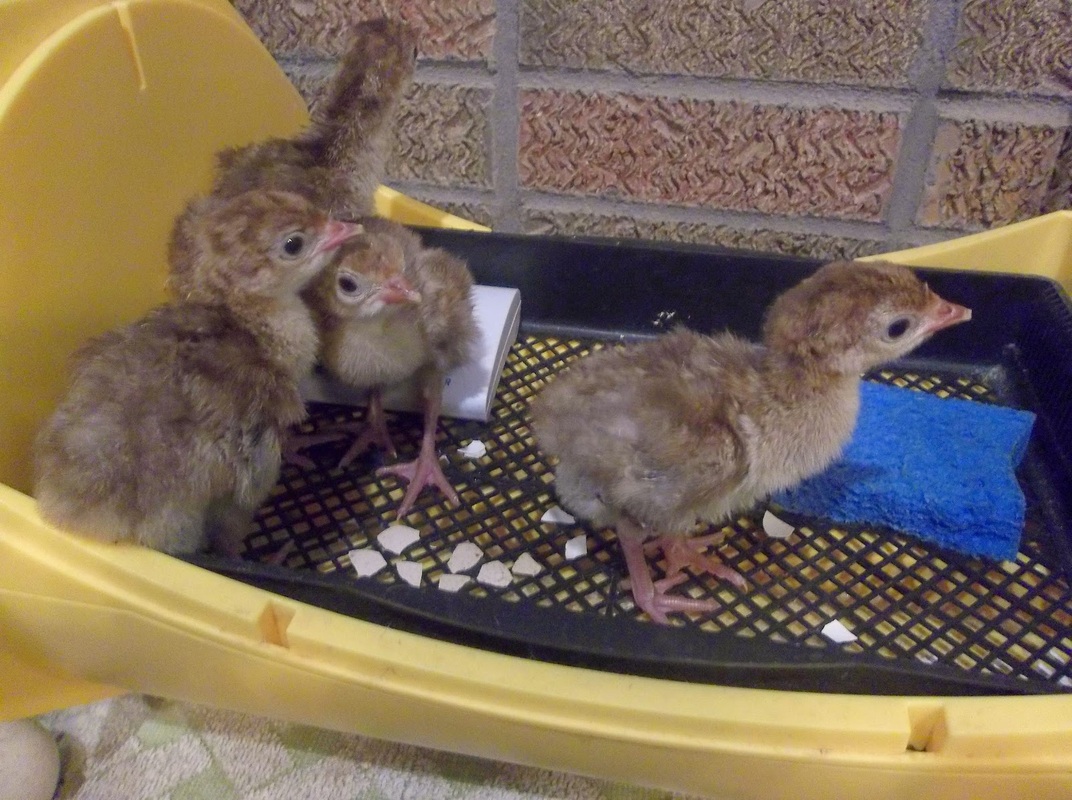